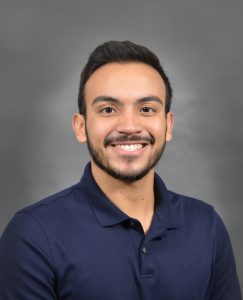 Jorge is a third year PhD Student from El Salvador. He earned his B.S. in Food Science from Zamorano University in Honduras. He initially became a member of the lab as an intern in spring 2018 and officially became a graduate student the following Spring 2019.

He enjoys playing basketball, swimming, and being in the nature. His favorite animals are horses and cows. He loves trying new foods!